Sociology of the Family: Couple Dynamics, Family Organization and Roles; Gender: Gender Roles, Ideologies and Performance; Work: As Related to Gender and Family

For my dissertation project, I am using separate, in-depth interviews with both partners to investigate the gender roles and ideologies in heterosexual marriages in which the wife out-earns her husband. I plan to build on Hochschild’s (1989) discussion of the “second shift” regarding the distribution of household labor, Tichenor’s (2005) work on gender roles in relationships with out-earning wives, and Greenstein’s (2008) investigation of perceptions of fairness with regard to household labor distribution. I hope to see the impacts of recent economic trends, (i.e., the Great Recession, the loss of male-typical jobs, the increase of jobs in the service sector) on the family life narratives of couples. The topics of particular interest are the partners’ reports of the household division of labor, their perceptions of fairness, and the perceived importance of both partners’ jobs. As this type of relationship becomes more common, it is important to hear, in the respondents’ own words, how these economic arrangements impact their daily lives and relationships.  This research is being conducted under the guidance of Jennifer Sherman (chair), Alair MacLean, Monica Kirkpatrick Johnson, and Julie Kmec.

I have started a project looking at gender role beliefs using the GSS data.  While there have been shifts in behaviors by men and women in recent decades, there is evidence that attitudes are slower to change than behaviors. This study is exploratory research to discover a model that measures, as a latent variable, traditional gender role beliefs, specifically related to families. The model uses General Social Survey (GSS) data from 2012 and found a reliable measure for traditional gender role beliefs. This model will be used in my future research as a foundation for investigating the interactions of beliefs, performances, and family outcomes.  This research will serve as a quantitative parallel to the qualitative research I am conducting for my dissertation.

“A Measurement Model for Traditional Gender Beliefs Using the General Social Survey:” a working paper on the research described above under “Future Projects.”  This paper was presented at a round table discussion on gender norms and family formation at the American Sociological Association’s 2016 annual meeting.

In 2012 and 2013, I designed and implemented an experiment to test young adults’ attitudes toward interracial relationships, specifically when the couple included Black and White members.  The study was motivated by the fact that interracial relationships occur less than can be expected by chance (Lee and Bean 2004), particularly between Black and White people; however, attitudes toward interracial relationships have become more accepting while the practice itself has not increased in parallel with the changes in attitudes (Herman and Campbell 2011).  I was looking to explain some of this discrepancy between social norms of acceptance and actual behaviors.  I was interested to see perceptions of the couples’ level of social support, compatibility, and longevity.  Furthermore, I was investigating to see if participants’ attitudes were more likely influenced by social distance—merely believing that different racial groups are culturally and socially disparate from one another—or racial prejudice—believing that one racial group was qualitatively better or worse than another.  The experiment was conducted in classrooms during Sociology 101 courses, I feel that this led to a strong influence of social desirability bias which suppressed the responses (Quillian 2006; Dasgupta 2009).  While there were interesting findings indicating that some racial prejudice was influencing responses, the results were, overall, statistically non-significant.  My future research in this area will include running this experiment in a less social setting to attempt to reduce social desirability bias.  This project was my master’s thesis, which I successfully defended in November of 2013.  This research was conducted under the guidance of Christine Horne (chair), Monica Kirkpatrick Johnson and Elizabeth Fussell. 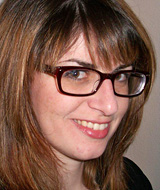