I am currently in the process of co-authoring a paper with Erik Johnson, Patrick Gillham, and Bob Edwards that stems from my master’s thesis on the conditions and motivations that led to adherence in the Occupy movement of 2011. Leveraging a national dataset on counties that had active occupations, we employ mixed modeling techniques to determine the relative importance, net state-to-state differences, of select county-level predictors. The predictors derive from three strands of social movement theory: resource mobilization, political opportunity, and structural strain. The central hypothesis coincides with extant literature that indicates these theories need not be mutually exclusive factors and often combine in a nuanced manner to motivate collective action.

The findings show a segmented response to economic threats based on the movement’s grievances and claims. For the Occupy movement, the greater the level of economic inequality in a county, the greater the prospect for the formation of a group in that county. Conversely, there is less support for the finding that the formation of Occupy groups in counties across the continental United States were a defensive reaction to the threats posed by rising unemployment rates or declining median household incomes. These findings are robust in the presence of predictors informed by the dominant resource mobilization and political opportunity perspectives, emphasizing that threats and opportunities may combine to motivate the emergence of social movements. 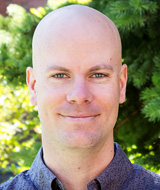