In this issue of Sociology News, we hear from three WSU Sociology alums, Jane Sell (PhD ’79), Terry Miethe (PhD ’82), and Donald Beck (PhD ’91) whose careers have emphasized quite different areas of sociological work, from the highly theoretical to the significantly applied. Their comments—and achievements—demonstrate the range of interests and specialty areas in which students were being trained by the department in the late 20th century. In addition, their narratives show how each has developed a successful career in university or industry settings.

Last spring, we were pleased to learn that Jane Sell had received the 2017 Cooley-Mead Award from the Social Psychology Section of the American Sociological Association. The award honors the pioneering work of two classical theorists, Charles Horton Cooley and George Herbert Mead, who are credited with development of symbolic interaction theory that links psychological and social behaviors. 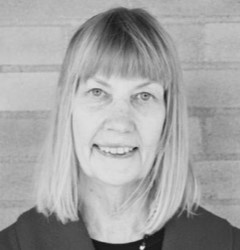 The Cooley-Mead Award, is bestowed annually since 1978 by the Social Psychology Section at the American Sociological Association Annual Meeting to an individual for lifetime contributions to distinguished scholarship in social psychology. Sell is the fortieth recipient of the award that is virtually a “who’s who” list of people who built the essential connection between social behavior and individual psychology during the last 40 years.

The invited address by Sell and the extensive introduction by award chair Murray Webster are available here:

“She had read a 1973 experimental research paper in Sociometry by Lee Freese and Bernard P. Cohen (Cooley-Mead 2002), so she applied and was accepted at Washington State University. (For younger readers, Sociometry became Social Psychology Quarterly.) As a doctoral student, Jane worked with Freese on the forms and uses of axiomatic theory in sociology. That ambitious work is published in two book chapters (Freese 1980). Those chapters total more than 100 pages—small print, no pictures. Washington State provided a social psychology laboratory, and just as important, it fostered interaction with faculty and other students. Besides being influenced by Lee Freese, Jane’s thinking was influenced by Irving Tallman, Louis Gray, Victor Gecas, Duane Alwin, and others. Students, some of whom Jane later conducted research with, include Kathy J. Kuipers, Wanda Griffith, Michael Martin, Larry Hembroff, Michael Sullivan, and Ted Greenstein. In 1979, Jane completed her dissertation on theoretically guided ways to reduce unwanted inequalities caused by status. She accepted an offer from Texas A&M, built a lab there, and progressed to become Cornerstone Professor” (Webster, 2018: 5).

Her comments for Sociology News about her research and additional memories of her WSU experience follow:

I know that WSU helped me in so many ways. Of course, all the faculty and my fellow graduate students helped in terms of challenging me to think in different ways. But, I also have a lot of memories of small, important acts of kindness. For example, I remember that I didn’t have enough money to send out job applications, and Steve Burkett quietly helped me. The support from WSU has been something I’ve tried to replicate for my own graduate students.”

Congratulations, Jane, on this important accomplishment!

Terry Miethe’s career has emphasized the study of criminology, law, deviance, and quantitative methodology. While at WSU Pullman, he connected with different areas of department expertise, integrating them into an impactful career. He comments: 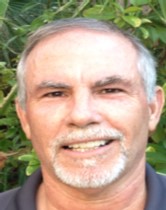 “Growing up in a small fishing town on the Washington coast, my first exposure to the Palouse was a bit of a shock. However, over my four years at WSU (1978-82), I gained an appreciation for the “ocean of wheat fields” around Pullman and had a life-changing educational experience through the faculty and students in the Sociology department. As a criminologist, I had the incredible opportunity to work with Bob Meier, Jim Short, Mark Stafford, and Steve Burkett. As a quantitative researcher, I was well-trained through classes and working with amazing faculty like Scott Long, Lew Carter, Louis Gray, and Don Dillman. All of my academic accomplishments derive from the intellectual curiosity and analytic skills that were generated from their passion for research.

Since graduating from WSU in 1982, I’ve held academic positions at the University of Wisconsin – Eau Claire (1982-84), Virginia Tech (1985-92), and UNLV (1993-present). My passion for research is reflected by the publication of multiple books and articles in distinguished university presses (e.g., Cambridge, Oxford, SUNY, Sage) and journals (e.g., American Sociological Review, Social Forces, Criminology, Law and Society). My current research involves an NSF funded project on public attitudes toward drones, body cameras, and other types of visual surveillance.

Throughout my various academic positions, I’ve crossed paths with many WSU alumni and faculty. Some of my friends and WSU cohort mates got teaching jobs with me at University of Wisconsin-Claire (Margaret Cassidy and Bruce Warren) and at Virginia Tech (Carol Bailey). In my current position as a professor of criminal justice at UNLV, several WSU Sociology alumni (Ron Smith and Jim Frey) have been my colleagues. My connection to WSU remains strong with my collaboration with current faculty member Clay Mosher (both in research and playing golf).

When I was a PhD student in the department, there were two facts about me that were well known by the large number of classmates in my cohort. First, I was dubbed by Gene Rosa as “the mayor of the CUB” because I was always “studying” at the student union. Second, I wrote my dissertation in Rico’s pub—it was two blocks from my apartment up the hill and was the place to think, write, and discuss the sociological issues of the day.

I hope all of you have found similar places within and outside Pullman to enjoy life and feed your passion for learning.”

After graduating from WSU, Don Beck took the non-academic route. In his comments below, Don reminds us that our sociological training and skills are invaluable to the applied work conducted across industries: 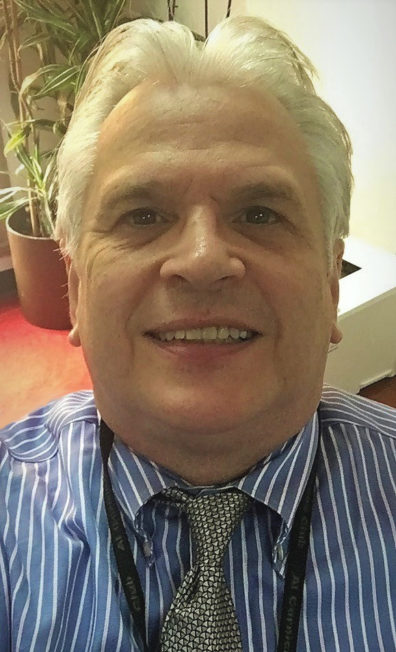 “Lately it occurs to me. What a long, strange trip it’s been.” –Grateful Dead.

“My career path was unusual from the start. After completing my undergraduate work, I spent four years in Asia, first as a Peace Corps volunteer and then working for USAID. Those experiences sparked a passion for understanding what made both communities and bureaucracies work or, in many cases, not work. So, when I started my graduate work at Pullman in 1983, I knew sociology was the right field and assumed from the beginning that I would end up working in the applied arena. In those days most peers and professors were focused squarely on academic pursuits and “applied sociology” was viewed as something less prestigious. I never bought into that as I knew some of the most important sociological insights came from applied settings (e.g., the Hawthorne affect, power theory, and survey research).

Since I knew I’d be expected to apply my sociological training in a wide variety of work environments I focused my coursework on methods and as much statistics as I could handle. But I also loaded up on theory courses because I knew in applied settings “there was nothing more practical than a good theory.”

In the 30 years since I left WSU I’ve had several careers: energy researcher with Battelle Laboratories; director of Public Accountability with US Department of Energy; senior vice-president with the Gallup Organization; one of four leaders of McKinsey’s organizational effectiveness metrics practice; four years of working in Jeddah and then Kuwait in organizational change; and now serving as an executive with a market research firm focusing on customer research.

Along the way I got to recreate the milk industry throughout the Pacific Northwest; to help assess historical exposure to radioactive iodine from the Hanford Nuclear site; to watch as nuclear weapons were disassembled; to establish the first DOE citizen advisory boards; to manage teams embedded with the military gathering public opinion research during the Iraq war; to manage early work on sexual harassment in the military; to define what Americans do and don’t understand about Social Security; to help in the creation of Homeland Security; to develop a program to hire the first women into an 18,000-person organization in Saudi Arabia; to establish the first HR analytics group in Kuwait; and, most recently, to stay on the cutting edge of merging survey data with administrative data to display in real-time dashboards.

I have also developed a few perspectives on sociologists considering entering the applied world.

First, by all means enter the field. I continue to be struck by how few of us are out here. Psychologists, economists, and political scientists dominate the social sciences in applied settings. That is a real detriment as the sociological imagination and training is sorely needed to address real-world problems, and our discipline can discover important new truths that can only surface in the applied setting.

Second, most graduates leaving their graduate program don’t know their worth. Our training and expertise is poorly understood in the applied setting; it’s crucial that we package ourselves right, so employers are happy to pay for our expertise. We deserve a certain amount of intellectual swagger given the tools of our discipline. The market will reward those skills if more of us demand it.

Finally, stay involved with the academic side of the house; continue to participate in organizations like the American Sociological Association, Rural Sociological Society, and the American Association for Public Opinion Research. Staying on the cutting edge of both theory and methods will make you more valuable and keep you energized throughout your career.

I have loved the many “sociological” careers I’ve lived and look forward to a few more. I can’t imagine a more fulfilling career path than applied sociology.”