Sometimes a PhD is thought of as the culmination of a learning process. A more accurate description might be that it is only the beginning. That is certainly the case for the alumnae we caught up with for this issue of Sociology News—Maria Monserud, at University of Houston, Jessica Crowe at Southern Illinois University, and Angela Mertig at Middle Tennessee State University. Their personal journeys involved a variety of experiences from postdoctoral work to applied research before each became settled in her current professorial position in sociology. We appreciate their sharing memories of their WSU experience as well as describing the paths they followed in developing their professional careers. 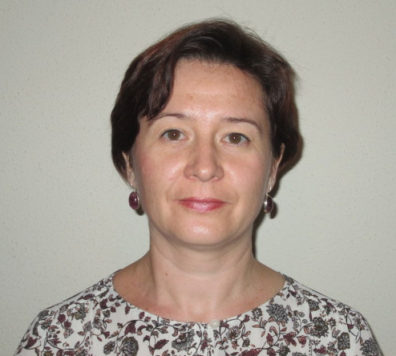 I came to the WSU PhD program in Sociology in 2004, hoping to work with Monica Johnson because of her well-established expertise in the areas of family studies and quantitative methods. And I am forever grateful to Monica for agreeing to serve as chair of my dissertation committee, for providing me with an opportunity to become her research assistant during my graduate studies, and, most important, for all her invaluable support and advice with my studies, research, publications, teaching, and search for postdoctoral and academic positions. I strongly believe that graduate studies in the Department of Sociology at WSU provided me with a solid foundation for my research and teaching career, and I learned a lot from very helpful and approachable faculty members, including Lisa McIntyre, Tom Rotolo, Don Dillman, Annabel Kirschner, and Irenee Beattie, among others.

After receiving my PhD from WSU in 2008, I completed two two-year postdoctoral fellowships at the Carolina Population Center (University of North Carolina at Chapel Hill) and at the Sealy Center on Aging (University of Texas Medical Branch, Galveston). These postdoctoral training positions helped me substantially expand my research agenda and improve my quantitative research skills. In particular, building on my interests in family dynamics, intergenerational relationships, and gender, I have shifted the focus of my research activities to aging, health disparities, and racial/ethnic minorities. In my current research projects, I examine whether and how family processes—in combination with other social determinants of health—are responsible for stability and change in mental and physical health outcomes among older adults, especially among Mexicans in the United States and Mexico.

In 2013, I accepted a tenure-track assistant professor position at the Department of Sociology at the University of Houston, after one year as a visiting assistant professor at the same department. I believe that UH is a good fit for me. I greatly enjoy a very collegial environment in the Department. I find it gratifying to work with UH undergraduate and graduate students who come from extremely diverse backgrounds. At UH, I teach courses on the sociology of health care, comparative family structures, population analysis, and statistics, and I feel fortunate because these courses not only meet the needs of the Department but also closely match my own research and teaching interests.

I enjoyed my four years in Pullman because I found it to be a very peaceful, non-hectic, and safe place. I often think about beautiful rolling hills around Pullman and exceptionally magnificent views of the Palouse from Steptoe and Kamiak buttes. On a more personal note, Pullman will always occupy a special place in my heart because my son Daniel, who is now 10 years old, was born there.

Like a lot of things that have happened in my life, I ended up in the sociology department at WSU in 2002 by happenstance. As a psychology undergraduate major, I applied mostly to psychology graduate programs. However, in an email correspondence with Riley Dunlap in 2001, he suggested that I apply to the Sociology department’s graduate program at WSU. So I did and, to my surprise, was accepted. While Riley left the department the summer before I arrived, I still decided to attend WSU and had an amazing six years there.

My years attending WSU and living in Pullman shaped who I am today. Arriving on campus at the tender age of 21, I matured greatly both professionally and personally by the time I left six years later. I vividly remember the moment when my master’s chair, Annabel Kirschner in Rural Sociology, told me that my writing was so bad she wondered if I would ever get any of my work published. I needed to hear that as she was right! I took some of my writing that summer to the English department, received tutoring, and for the next draft had fixed the problems in my thesis. To date, I have over 20 peer reviewed articles.

While I took the majority of my coursework in the Sociology department, I worked with many of the professors in the Rural Sociology department. As a community and natural resource sociologist, I was fortunate to work with and train under my advisors Annabel Kirschner and Don Dillman as well as Jessica Goldberger and Ray Jussaume. They introduced me to the Rural Sociological Society in which I am a very active member to this day, having served as program chair and an elected council member for 2016-17.

I often find myself telling people stories of my time at WSU and living out in the country of Pullman. One story that several find hard to believe (as I have since had jobs in Maryland, Texas, and Southern Illinois), is during the winter of 2007-08 when the snow was so high I had to snowmobile to my car that I had parked at the end of the road next to the highway in order to get to school. Since that time, I’m lucky to see four inches of snow on the ground.

Since my time at WSU, I have worked at three colleges and universities. Upon graduation from WSU, I spent two years as a visiting professor at St. Mary’s College of Maryland before working as an assistant professor at the University of North Texas at Dallas. In 2013, I joined the sociology department at Southern Illinois University, Carbondale and am now an associate professor and the undergraduate director. Currently, I am co-chair of two NSF grants totaling over $5 million.

I really enjoyed my time living in Pullman and am happy to once again be living in a small rural community with a vibrant atmosphere. I didn’t realize it as much at the time, but after living and working so many other places since then, Pullman and WSU really are special. 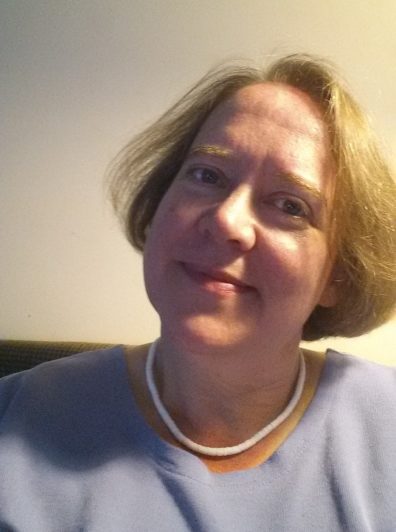 I was a Sociology graduate student at WSU from 1987 to 1995, and then I worked with Riley Dunlap as a post-doctoral research associate for one year. My areas of specialization were (and still are!) environmental sociology and research methodology (especially quantitative methodology). I came to WSU specifically because of its strength in environmental sociology and to work with Riley Dunlap and Bill Catton. While at WSU, I also developed a strong interest in the areas of social movements and animals and society. The latter is an exciting and novel development within the field of sociology; I was elected as chair of ASA’s relatively new section on Animals and Society for 2012-13. I have additionally held positions in ASA’s section on Environment and Technology, the Rural Sociological Society, and the International Association for Society and Natural Resources.

I really enjoyed my time at WSU and living in Pullman (as well as taking frequent trips to Moscow, Kamiak Butte, and the Snake River). I have fond memories of hanging out at the local coffee shop (I believe it was called “The Combine”) and at Rico’s. I spent a lot of time (working or otherwise) in the departmental computer lab (back then it was called the SDPC, or the Sociological Data Processing Center); I especially enjoyed talking with Zoltan Porga, a CATI programmer whose office was located in the SDPC. While I often doubted myself as a graduate student (which is likely a common occurrence among students), I am very glad that I “stuck it out.” The program was challenging but the faculty and staff were also exceptionally supportive. I liked the program so much that my mentor, Riley Dunlap, frequently commented that I held the record for taking the most classes as a graduate student. While I know that programs are under pressure to get people through quickly, I am glad that WSU’s program is also about helping you become the scholar that you want to be.

After my post-doctoral work, I took a job as an assistant professor at Michigan State University. The job was very different from a typical academic job—I essentially had three “bosses” or units to which I was responsible. I was funded through the Michigan Department of Natural Resources Wildlife Division (for whom I was to consult on and conduct surveys of the public and other natural resource stakeholders). My academic tenure home was in the Department of Sociology and I also was a member of the Fisheries and Wildlife faculty. I conducted numerous surveys and other research projects during my time in this position. However, state budget cuts ultimately led to the defunding of this position.

In 2004, I accepted an offer to take a more typical academic position (with more balance between teaching, research, and service) as an associate professor at Middle Tennessee State University (MTSU); I was promoted to full professor in 2008. While at MTSU, I have had the pleasure of developing and teaching courses central to my substantive interests, namely Society and Environment, Animals and Society, and Social Movements. In addition to Introductory Sociology, I continue teaching courses in Research Methods (especially quantitative methods) at both the undergraduate and graduate (MA) levels. When I teach about survey methodology, students are always interested in the fact that I actually took a class with and worked with Don Dillman (in the SESRC at WSU), the Tailored Design Method “guru,” with whom I still maintain contact. I received an Outstanding Teacher Award from MTSU in 2012.

I am most well-known for work that I have done with Riley Dunlap, including a co-edited book on the American environmental movement, a chapter on the environmental movement in the Handbook of Environmental Sociology, articles on global environmental public opinion, and a highly cited piece on measuring the “New Ecological Paradigm” (the latter also with Kent Van Liere and Bobby Jones). I have collaborated with numerous former students and colleagues on social research pertaining to environmental and wildlife/animal issues, including publishing articles on panda conservation, bird feeding, domestic cat predation, bovine tuberculosis, zoonotic diseases, animal welfare, black bear management, rodent control, litter in Poland, and environmental literacy. While at MTSU I have partnered with colleagues across campus and with state level agencies to continue conducting research on environmental issues. I have received more than $1 million in grant funding throughout my career and received a Distinguished Researcher Award from MTSU in 2009.

I have a teenage daughter (Camilla) and two cats (Autumn and Dobby). It’s been quite some time (and several cats ago) since I graduated from WSU’s Sociology department—but I’m glad I did.