Sociology is a discipline renowned for asking about opinions and attitudes, but sociologists rarely turn the focus back on themselves. This year, Sociology News introduces our readers to new graduate students by probing their thoughts on a variety of topics. The results were wide-ranging conversations about everything from aliens and drones to coincidental couch surfing.

Ed. Note: Questions were adapted from the 2004 book 4,000 Questions for Getting to Know Anyone and Everyone. Answers were lightly edited for clarity. 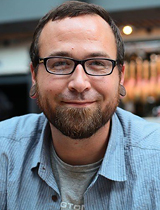 Pierce: Tell about the time when you were the coldest.

James: I think the time I was coldest was a set of times over about four or five months when we were living in London, when I was doing my master’s degree at Goldsmiths University of London. My family didn’t have a car, so everything was public transportation and the closest bus stop was just under a mile away. So, during the winter, we were constantly exposed and constantly cold, and usually kind of damp.

Pierce: What daily activity do you treasure more than any other?

James: Probably mornings with my kids, because that’s the one time of day where no one’s in the house but us. We’re doing things like eating breakfast, packing lunches, and talking about the day. That’s probably the best part of the day.

Pierce: If you had an extra day every month that no one else had, what would you do with it?

James: I’d want to do things like hobby things, like flying helicopters. I think quad-copter drones are pretty cool. I’d do that and work on other projects/hobbies that I’m interested in.

Pierce: Drones that you can attach cameras to?

James: I haven’t bought a real camera-fitted drone yet. My brother-in-law and father-in-law have been continually giving them to us for Christmas presents over the past few years. We’ve been flying them pretty regularly. In a way, it’s experiencing a form of flight, without actually flying. It’s like directing something through the air and learning its behavior. That’s really fun. 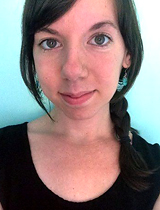 Pierce: What do you think the world will be like 100 years from now?

Liz: We’ll probably have bigger eyeballs, because we’ll be staring at computer screens. We’ll probably communicate telepathically, we won’t even have to talk to each other anymore.…

Pierce: Do you think the technological advances from the last 100 years—like, going from Model T Ford to an electric car—do you think that big of a change will occur over the next 100 years?

Liz: I don’t know. That’s a good question. It has increased exponentially, but I don’t know if it will continue. It might plateau. How much farther can we go? But then again, at this point 50 years ago, we had no idea what was going to happen.

Pierce: If you could own the world’s largest collection of anything, what would it be?

Liz: Chocolate. I love chocolate. But if it was practical, I like to read, so books. But chocolate, definitely.

Pierce: What kind of chocolate?

Liz: Dark. As dark as possible. Maybe from around the world. It would have to be fair-trade, obviously. I like spicy chocolate.

Pierce: What is a recent fad you admit to trying?

Liz: I did the Paleo diet. That was a fad that I tried, for a few months actually. And I felt really good. I was going to continue doing that when I moved here, but it was really hard because there’s Dissmore’s and there’s Safeway. I can’t get organic, grassfed beef and stuff…. You could go to the Co-Op…. But it kind of just fizzled out. I wasn’t that dedicated anymore. 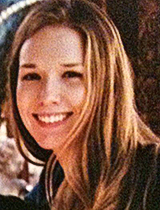 Pierce: If you opened a restaurant, what would the house specialty be?

Alana: It would definitely be some sort of breakfast food. Something with potatoes.

Pierce: So, like, hash browns? A scramble of sorts?

Alana: Just, like, everything but the kitchen sink: eggs, bacon, all the veggies, cheese. That sounds really good.

Pierce: For what one activity would you like to regain the hours you have lost doing it?

Alana: Sleeping, because if I didn’t have to sleep, I could do so much more.

Pierce: But then wouldn’t you be tired all the time?

Alana: If I regained the hours that I slept, I would just have that many more hours to live.

Pierce: What were you once afraid of but you are no longer?

Alana: I was afraid of dogs when I was little. When I was little, the people down the street had this crazy—it looked like a wolf to me, but it was a husky. It would get out of their yard all the time. When I was two or three, it ran out and jumped on me. But then I got over it a few years later.

Pierce: What age would you like to be for the rest of your life?

Alana: 32. Because, my dad always said it was the best age to be. Second, because I feel like you’re old enough to where people take you seriously but you’re young enough so that you can still do things. 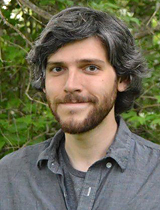 Pierce: How and when do you think the world will come to an end?

Jon: An intelligent species of alien would just eat us, like we would eat a cracker. It would just come along like a big fish eating a little fish. Maybe it would be so large….

Pierce: …Do you mean, like, some giant alien species that is beyond our comprehension?

Pierce: What natural phenomenon or act of nature would you like to see if you would be safe?

Jon: Probably like a supervolcano eruption, like Yellowstone. I was thinking a volcano, but why not go for a supervolcano? I just think it would be visually cool.

Pierce: What modern day convenience do you consider a pain in the neck?

Jon: Smartphones. I don’t like the monitoring. My current phone tracks my footsteps, and my personality is such that I think about it all day, every time I take a step. And I can’t turn it off. It’s impossible to turn off.

Pierce: What are three sounds that disturb you?

Jon: Styrofoam, chalk on chalkboards, and motorcycles.… There must be a lot, because I came up with those three really fast. 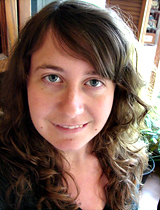 Pierce: If you could own the world’s largest collection of anything, what would it be?

Sarah: Probably books. I feel like if I had a lot of books, it would force me to learn a bunch of new things. But at the same time, it would cause me to realize how limited I am in my knowledge. When I go to a huge library, it makes me feel like I’ll never be able to know all of myself.

Pierce: If pills fulfilled nutrition and nourishment, would you take them and give up eating and cooking?

Sarah: No, I like food way too much. I love to eat. There’s no way. I don’t just eat to live, I literally live to eat.… I personally wouldn’t do it, but if they were going to try to end world hunger with it, then yeah, that’s perfect.

Pierce: What was the most unforgettable coincidence you have ever experienced or heard about?

Sarah: When I was an undergrad student in Fort Wayne [Indiana], I interned at the local NPR station. And one of the news reporters there was named Virginia.… When Liz [fellow first-year graduate student at WSU] was traveling to visit here, she was looking to couchsurf on people’s couches and Virginia was the person she stayed with. And at the time, I was in Fort Wayne. And Liz was there.

Pierce: So, when Liz was driving cross-country to visit WSU from Rhode Island, she stayed on your co-worker’s couch, unbeknownst to you?

Pierce: Wow. That is pretty crazy