The recent deaths of two Sociology alumni bring back memories of the department’s long-term commitment to making a difference through the accomplishments of its graduates. 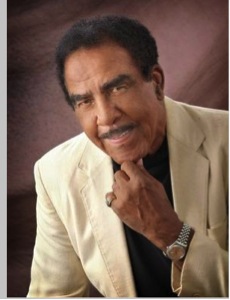 Charles U. Smith, who received his Sociology PhD in 1951, was the first African American to receive the doctoral degree from Washington State University. He was soon followed by many other African American sociology PhD’s, including Anna Harvin Grant (1956), Edgar Epps (1959), Gordon Morgan (1961), James Blackwell (1959) and William Julius Wilson (1966), whose sociological accomplishments became widely recognized as the department’s graduate program continued to grow. Their successes constitute one of our department’s proudest accomplishments.

“C.U.,” as one admirer put it, “did it all.” He was a scholar, a teacher, and an activist who advocated constantly for social justice. When he received the American Sociological Association’s DuBois-Johnson-Frazier Award, he was described as “a strong civil rights advocate whose writings on black protest, civil rights, the psychic costs of segregation in the schools, and changing U.S. race relations have shaped our thinking and public policy.” He represented with high distinction the department’s early commitment to encouraging our graduates to make a difference.

“Charles, affectionately known as “C.U.,” earned the baccalaureate degree in Sociology at Tuskegee (Institute) University and the Master of Arts in Sociology at Fisk University. In his quest to continue a career in sociology, Smith began teaching at Florida A&M University (FAMU) in 1946. Within three years after his return from WSU, Smith became chairman of the FAMUI Sociology Department. In 1979 he was appointed FAMU Director of Graduate Studies, the role in which he served until retiring in 1997.

C.U. is widely known as the consummate intellectual, an “impassioned Civil Rights activity/provocateur, and author, who rendered countless hours of service and support to the local, state, national, and international community. For over five decades, Smith authored more than 61 books, chapters, monographs and articles, collectively. His 2013 publication of Letters and Commentaries of Charles U. Smith, Ph.D., sums up his passion, his tenacity, and his freedom of tongue to express his views and to challenge the establishment and society on varying issues for fairness and civil rights.

A commentary on his life and accomplishments by Gerald Ensley, senior writer at the Tallahassee Democrat, can be accessed here. 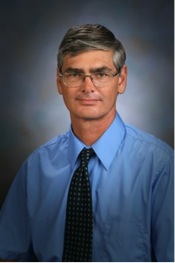 I had the good fortune to work with Ken Tremblay during his graduate training. Ken received his sociology PhD in 1980 and at the time of his death remained an active faculty member in the Department of Design and Merchandising at Colorado State University, Ft. Collins, following a year long battle with cancer.

During his graduate career at WSU, he developed a strong interest in housing, which ultimately became the focus of his professional work. At Colorado State he was a dedicated student mentor and especially talented in getting students to understand research methods and the social aspects of housing.

When I first met and worked with Ken, I thought of him as personifying the phrase, “still waters run deep,” in a very positive way. He was typically quiet, so it was hard to know what he was thinking. And, in classes he often said nothing unless asked. However, in private conversations, he would talk at great length. And, it was in those conversations that the depth of his thinking on many topics first amazed, and then deeply impressed me. He always thought ideas through carefully before he was ready to express them. But, when he was ready to talk, I realized often that a long discussion was about to occur, and I would need to listen carefully as he methodically laid out what he had been thinking about and the conclusions he had reached. It was then I began to realize the enormous talent in him, waiting to get expressed. And, when it finally came out, it was in a marvelously organized and articulate manner.

Another part of Ken that I appreciated was his not being fearful about getting beyond sociology. We now live in an inter-disciplinary world, and have to do our daily work with others who are unlike us if we are going to have impact. Ken embraced such issues eagerly, and I respected him enormously for connecting early in his career to practical human development issues. His interest in housing issues began in graduate school, and his dissertation focused on the sociology of housing, contributing to his leadership in the Housing Education and Research Association as well as his home department of the last 30 years at Colorado State University. Ken was a skilled and passionate writer.

It came as no surprise to me that he would be such as prolific writer as well as mentor of students as described in these excerpts from the remembrance below:

“Dr. Kenneth R. Tremblay, Jr., Professor in the Department of Design and Merchandising, died peacefully at home with his family beside him, on February 12th, after a yearlong battle with cancer. Ken was born April 2, l953, at Quonset Point Naval Air Station in Wickford, Rhode Island, the son of Kenneth and Joyce (Brown) Tremblay. He traveled extensively throughout his youth as the son of an army officer. He received his bachelor’s degree from the University of Alaska, Anchorage and his Master’s and Ph.D. from Washington State University.

Ken began his 30-year career at Colorado State University in 1985 after teaching at universities in South Dakota, Nebraska and Arkansas. He had an exemplary teaching, research and service career. Ken authored nearly 300 publications, including many books. He had a passion for teaching and served as an advisor and mentor to nearly 100 students seeking advanced degrees. He was active in the Housing Education and Research Association (HERA) and served as editor and president. In recognition of his outstanding contributions to the field of housing education and research, HERA recently presented Ken with the Distinguished Service Award.”