The undergraduate Sociology Club has kept a busy schedule during the first half of this year. In addition to regular meetings, the group has organized fundraisers, movie-showings, and graduate school information sessions.

Dr. Sarah Whitley, who received her PhD from WSU in 2012, returned to campus this fall as an instructor and undergraduate advisor. 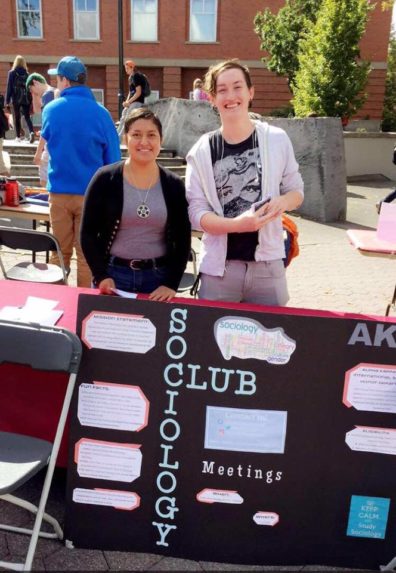 Sociology Club officers Kory Hardcastle and Norma Loranzo started the semester by advertising the club on the Terrell Mall in August. 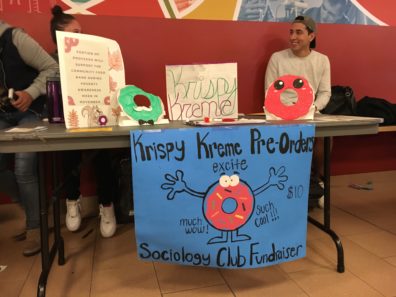 Sociology Club members hosted a donut fundraiser in October that raised more than $300 for the Pullman Child Welfare Food Pantry. 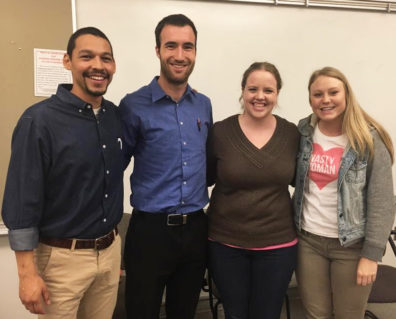 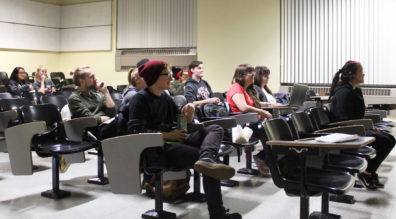 The Sociology Club hosted a film screening and discussion as part of the Center for Civic Engagement’s Poverty Awareness Week. The film was titled “In Their Shoes” and was followed by a discussion with a representative from Alternatives to Violence on the Palouse. 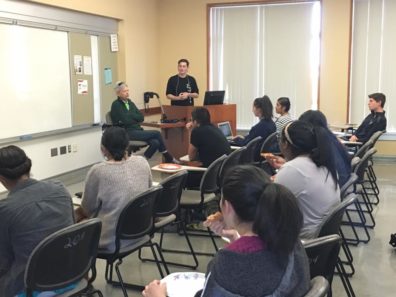 Lisa McIntyre, chair of the Department of Sociology, hosted a “meet and greet” with the Sociology Club in September.

This semester, the club has a number of activities scheduled, including participation in the Relay for Life, professional development opportunities, and inviting a guest speaker on current events.