The alums featured in this issue of Sociology News attended WSU at quite different times, but both have been influential in developing global emphases at their universities.

Many recipients of this newsletter will immediately recognize Christine Oakley, our Principal Undergraduate Advisor who advised more than 200 students a year between 2000 and 2012 when she became Director of Global learning in WSU’s Office of International Programs while remaining a Clinical Associate professor in Sociology. Her work now emphasizes connecting students from multiple disciplines with international opportunities, as we featured in the 2014 Summer issue of Sociology News.

In the next issue of Sociology News we plan to focus our alumni reports on former students who received bachelor degrees from WSU sociology, some of whom will remember Chris as the advisor who helped them plan and complete their program of study. If you graduated with a BA in Sociology from WSU, we’d love to hear from you. Please send an email to dillman@wsu.edu and let us know what you are up to and how you use sociology in your career!

Kenneth L. Clinton, who completed his graduate work at WSU 45 years ago, also became global in his work with students. He has provided many years of leadership for the development of International programs at Texas A&M-Commerce where he has served on their faculty since shortly after completion of his doctoral work in Pullman.  He confirms the view of many that “once a Coug, always a Coug.”

When Don invited me to write something for sociology 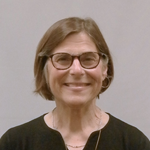 newsletter as an alumna of the department, I was stumped. Like most of us with doctorates in sociology, I consider myself a sociologist. I love the discipline. I never cease to be challenged by sociological inquiry and how it has influenced my understanding of the complexities world. As I have shared with the myriad of undergrads I’ve had the privilege of teaching and advising for the past twenty-four years, however, you don’t have to be a sociologist to practice sociology!

Like most girls raised in the 1950s, I had few professional role models. My mom was a pink collar worker and her mom was a seamstress in a dry-cleaning shop in downtown Los Angeles. I wanted to be an ice skater. Having no immediate family who attended college, I had no concept of what a professional career looked like, let alone, how to get there. All I knew was that I liked school and was good at it.

After high school, I got into a small liberal arts college in San Diego and dropped out before completing my first year. I then worked as a dental assistant, but after a year of staring into people’s mouths, I knew that I had to return to school. It was then that I took my first sociology course. The instructor was Roger Naff, a name I will never forget. He told us that you can’t learn sociology in the classroom alone; you have to experience it in the social life around you. He asked each of us to volunteer with a community agency; I chose Juvenile Hall. The young girls temporarily housed in our local facility “won” the right to work with me. I taught them how to embroider flowers on their jeans. They talked, I listened.

While I learned very little about Mills, Marx or Weber in Mr. Naff’s class, the year I spent at Juvenile Hall was the best introduction to sociology I could have hoped for. It was that real world experience that made me eager to understand the social systems and institutional structures that landed these girls in “juvie.” I wanted to understand families, the criminal justice system, the law and the human social behaviors I observed in these young women whose lives profoundly influenced my own.

I earned my BA in sociology from the University of California, San Diego and went on to receive a Master of Public Health at UCLA, which I earned the summer I turned thirty. I worked in the public health field for fifteen years before returning for a PhD.

After completing my degree, became the first clinical professor in WSU’s sociology department, working with our undergraduate students to apply their skills and sociological imaginations to their career paths in business, social work, education or health care. Six years ago, I had the opportunity to become the director of Global Learning in WSU’s International Programs and work with students throughout the entire system by providing educational opportunities for them to be global Cougs.

As an applied sociologist, both my MA and PhD research involved working with health and human service providers in our region. I have continued that work as the chairperson of Palouse Alliance, a 501(c)3 consortium of like-minded others working for social change and human rights.

Sociology not only opened my mind, but gave me the knowledge and skills to take advantage of opportunities I could not have imagined as that young girl in the 50s!

Although it has been 45 years since I graduated from 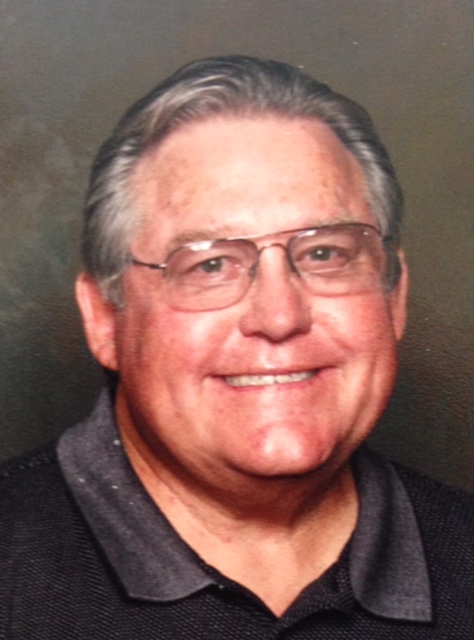 WSU, the university has always been in my thoughts. My three years there and the sociology professors that influenced me—Howard Bahr, Bruce Chadwick, Melvin DeFleur, and Armand Mauss—have always been part of my career at Texas A&M University-Commerce. My cohort of fellow graduate students—Jay Stauss, Jay Moniha, Jack Bahum, Michael Grimes, Roger Libby, and Dan Purdue—also affected me. I don’t know what the WSU Sociology department is like today, but other than the student strike in 1971, the experiences I had in teaching classes, researching and becoming a sociologist were rewarding and memorable.

I retired from Texas A&M-Commerce in August 2014 as Associate Vice President for Global Programs and Initiatives and Professor of Sociology after a 42 year career there. My career at Commerce included head of the Department of Sociology and Director of the Honors Program which led to my development of the British Studies Program on campus in 1983-84. Twice, I was. awarded the President’s Mayo Citation for service to the university, and am now Professor Emeritus of Sociology.

I was responsible for the development of the International Studies Program at Texas A&M–Commerce in 1994 and in 1999 began representing the University in recruiting international students. I also taught in our summer program in London 36 times.

My academic interests are in the areas of race, ethnicity, minorities and marriage and family. I have given hundreds of presentations to civic groups, universities, student groups and communities during my career.

As I reflect on my career at Texas A&M University-Commerce, I have come to realize that I became a “utility” faculty member. Time and time again, I was asked to be involved in a multitude of important tasks for the university and it was because of skills in Sociology that made me successful in the task at hand. For example, before we had the institutional research department, I was asked to conduct research for the university. I chaired the committees for the 100-year celebration of the university as well as the internal faculty fund raising committee, and the alumni committee when we transitioned from East Texas State University to Texas A&M University-Commerce in 1996.

In all of these projects, my Sociological toolbox of understanding groups, roles, positions, communication skills, goals, and agendas (hidden agendas) learned in graduate school and later life experiences were essential.

WSU has always been with me—as illustrated by my closet of WSU shirts and jackets. I have only missed one WSU football game played in Texas and I attended the Rose Bowl when we played University of Michigan. I’m still not over that loss. I’m very proud of how the university has developed and grown over these 40 plus years.

I have served as President of the United Way in Commerce and President of the Alumni Association for East Texas State University and Texas A&M University-Commerce. I have also held numerous positions in support of Delta Tau Delta Fraternity, culminating serving as the International President from 2006-2008. I had the opportunity to visit over 50 campuses during my tenure as President and Vice President of the fraternity.

I received my bachelor and master’s degrees from East Texas State University and a Ph.D. in Sociology from Washington State University in 1972. I am married to Dr. Linda Clinton, (she retired as Director for 27 years of the Counseling Center at the University) and we have one son, Kenneth who is an international businessman working in Brazil, Mexico and China.

Linda and I drove to WSU in 1969 after our wedding in Dallas. I told her about the great forest land, mountains and lakes in Washington State, we still laugh about the wheat fields and the landscape around Pullman. WSU will always be our home.