In each issue of Sociology News, we have caught up with several WSU alumni to ask about the career path they followed since completing their degrees, and to share memories of their time in Pullman. In this issue we have comments from four individuals who completed their PhDs in Pullman between at about the same time (2002-2005), live in different regions of the U.S., and apply their sociological skills to various kinds of challenges.

Those who have honored us by providing commentaries on their careers to date are Chad Smith now in Austin, Texas; Marcia Gossard in Pullman, Washington; and Irshad Altheimer in Rochester, New York. 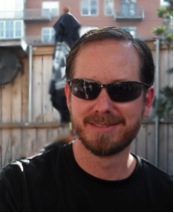 Chad comments upon his time at WSU and his life and career since leaving:

“It is hard to believe that it has been 18 years since I first set foot on the campus of WSU in Pullman. Although I cannot claim to have always enjoyed my time in Pullman, it left an unmistakable imprint on my life. I look back fondly upon my graduate student years, not only because I met lifelong friends and colleagues but also because the experience was laced with an intense exploration for knowledge and ideas and included never-ending amounts of thought-provoking conversation. I miss the terrain and outdoor activities offered by the Pacific Northwest. I also miss the mild summers and Rico’s—not necessarily in that order.

“I am lucky to maintain many connections with WSU. I continue to collaborate with several faculty (Gregory Hooks, former WSU faculty and Clay Mosher, WSU-Vancouver) on research projects. I have also encouraged several MA graduates from our program at Texas State University to attend WSU and one has already graduated with a PhD (Michelle Edwards) and one is ABD (Michael Lengefeld).

“Most of my research these days focuses upon the “treadmill of destruction” thesis that Gregory Hooks and I developed while I was a graduate student in Pullman. It has been a fulfilling professional experience to work closely with Greg over these years and to collaborate on what has become a decades-long investigation of the environmental consequences of the military.

“Texas State University has been a good home to me. I have had incredible teaching experiences and I work in a remarkably collegial environment. I’ve explored a number of exciting and rewarding professional challenges, including collaboration with graduate students and a sustained research agenda. Perhaps most importantly to me, the position at Texas State University allowed me to return to my old stomping grounds of Austin, where I now live with my wife (Andrea) and our two sons (Langston and Ellison). I still run and play tennis, and Austin’s lively music scene, never-ending supply of tacos, and growing microbrew movement keep us busy. Life is good here in Austin.“ 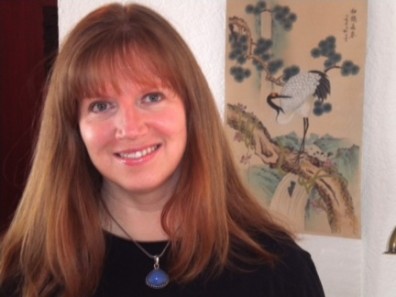 During her last year of graduate school, Marcia got the opportunity of a lifetime. She had received a Science and Technology Policy Fellowship through the American Association for the Advancement of Science and was granted a post in the Office of Climate Change at the State Department, her dream assignment as an environmental sociologist. But flying home from Washington, DC, for the third time that month, after three rounds of grueling interviews, she didn’t feel so well.

“I thought I had food poisoning or a parasite,” she said. “The good news was that I was pregnant.”

Marcia and her husband were Washington state natives—and moving away from family to the other Washington suddenly lost its appeal.

“That’s when I decided—naively—to become a science writer,” she said.

They wanted to stay near her parents, and with few career options for newly minted Sociology PhDs in Pullman, freelance science writing seemed like the perfect career. Two years before the State Department offer, Marcia had also been part of the AAAS Mass Media Science & Engineering Fellows Program, funded through the American Sociological Association. In 2002, she spent 10 weeks at Newsweek in New York City, learning how to communicate science to a general audience.

“It was an incredible learning experience,” she said, “and is something I’m still passionate about.”

Over the last decade, she has worked with national clients including AAAS, the US Forest Service, and a major advocacy group in Washington, DC. She has written and edited material for general and scientific audiences in various scientific disciplines including analytic chemistry, economics, forestry, fisheries, and sociology.

Currently, Gossard works as a senior writer at the WSU College of Veterinary Medicine.

“One thing I can say is that it never gets boring,” she said. “I do miss conducting my own research, but I get to read and learn about a wide variety of research in many different sciences.” 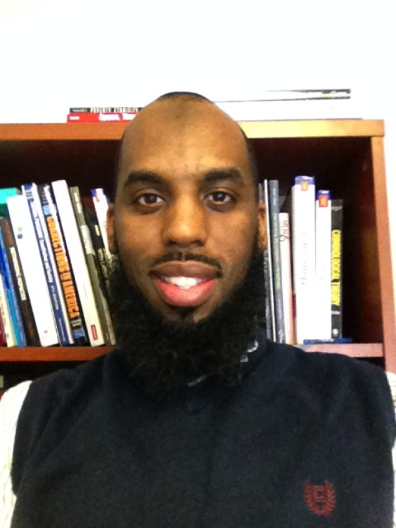 “I had the pleasure of being a sociology graduate student at WSU from 1999 to 2005. Initially my plan was to complete a master’s degree and seek employment in government or with a non-profit, but the more time I spent with the professors in the department, the more I began to value the power of research. My first year as a graduate student at WSU was both exhausting and overwhelming. I still remember all of the painful articles that Tom Rotolo assigned in our methods class! I spent a lot of time in the basement of Wilson/Short hall reading those articles. And sometimes, after exhausting myself, I laid down on the couch to take a nap. It seemed like every time I started to fall into a deep sleep, Jan Stets—who was running experiments in the basement of Wilson/Short Hall at that time—would come in looking for Ned Fortson. I still chuckle imagining what was going through her mind seeing this first-year student who seemed to sleep more than work.

“I ended up choosing crime/deviance as my primary area of study. Carter Hay, my master’s thesis advisor, told me that graduate school was like a marathon and if I wanted to be successful I had to keep running. I really took that advice to heart. As I marathoned through the program, I benefitted from the wealth of collective knowledge held by the faculty. I also learned much from many of the graduate students in the department. My years at WSU provided me with a set of valuable analytical tools and critical thinking skills. I really look back fondly at my time on the Palouse.

“After graduating from WSU, I was fortunate to land a tenure-track position at Wayne State University. At first it was really difficult juggling all of the responsibilities of a being a new assistant professor. After some time, however, things got easier. Additionally, the challenges I faced early on only helped to sharpen and enhance my skills. While at Wayne State I published several articles examining cross-national variation in violence. I also worked with several colleagues on several papers that examined the factors that influence burnout and other negative outcomes among correctional staff. I also won the College of Liberal Arts and Sciences Teaching Award and was selected as the Student Organization Advisor of the Year.

“In 2012 I accepted a position at Rochester Institute of Technology (RIT). I am currently an associate professor of criminal justice. One of the really cool things about RIT is the Center for Public Safety Initiatives (CPSI). A collaborative partnership between RIT and local criminal justice agencies, CPSI’s purpose is to contribute to criminal justice strategy through research, policy analysis and evaluation. As a CPSI faculty associate, I am currently working closely with the Rochester Police Department on a project to better understand violent retaliatory disputes and develop strategies to prevent and interrupt them.

“I am also happily married and have three children. When not at work, my 9-year-old son, Shuaib, 7-year-old-daughter, Tasneem, and 9-month-old son, Ayoob, keep us very happy and very busy.”