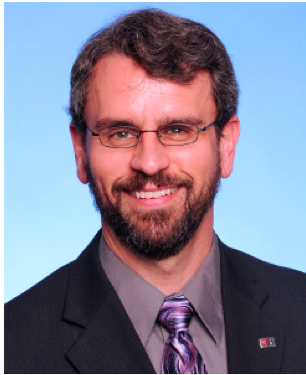 Britt, who became professor and chair of the Department of Sociology at Iowa State University in 2015, experienced a severe reaction to a wasp sting while running Aug. 16.  He was taken to the Mary Greeley Medical Center in Ames, and later moved to the Israel Family Hospice House, where he passed. He was 54.

While at WSU, Britt wrote his master’s thesis, “The Effects of Objective Conditions and Subjective Estimates on Risk Perceptions.” It analyzed people’s reactions to the 1980 Eruption of Mt. St. Helens that covered much of eastern Washington with a significant layer of ash. He also worked as a telephone interviewer for the Social and Economic Sciences Research Center while at WSU.

His research addressed theories of criminal behavior and victimization, demography of crime and criminal careers, criminal justice decision-making, and quantitative research methods. Much of Britt’s work utilizes alternative statistical approaches to gain a better understanding of how factors such as age, race, and gender affect patterns of criminal offending across criminal career, and how case and defendant characteristics affect the processing of cases in the criminal justice system.