More than $26,000 in scholarships and awards were presented to 24 sociology students at the department’s annual awards banquet this spring. Some 80 people gathered in the Compton Union Building Junior Ballroom to honor those students who earned awards ranging from $150 to $5,000. These awards are important investments for helping students advance to the next phases of their careers in sociology.

The use of these awards is diverse, ranging from paying for tuition to financing dissertation research. Some awards are for the improvement of teaching skills, and others pay for travel to present papers at conferences where students can connect with experts in their chosen area of study.

Vanessa Delgado received three awards, including the Exceptional Senior Award. This award goes annually to the undergraduate student with the highest cumulative grade point average at the beginning of the recipient’s senior year. Delgado’s strong academic performance also earned her the Ruth Magnuson Roberts Scholarship and a Herbert and Mary Wensky Neil Scholarship. Delgado, who grew up in Prosser, WA, is also completing a minor in criminology.

This summer, Delgado, has gone to Columbus, OH to provide nine weeks of research support to the Committee on Institutional Cooperation (CIC), through The Ohio State University’s Summer Research Opportunity Program. The CIC is a consortium of Midwestern universities that help member schools advance their academic missions through collaboration and program innovation. Working there under the mentorship of Dr. Steven Lopez in the department of sociology, Delgado is seeking to understand the human cost of the 2007-2009 Great Recession by analyzing interview data from people who have experienced long-term un- and underemployment. 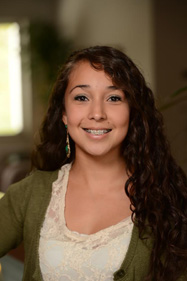 Delgado commented about the sociological insights she has gained as an undergraduate: “In my first semester at WSU I had the pleasure to take Introduction to Sociology, taught by Dr. Lisa McIntyre. As a Chicana, I was able to realize that the experiences that I had faced with racism were not isolated events but, rather, attributed to a systemic issue. I gained an interest in stratification and continued to take courses to deepen my understanding of how oppression has played a role in American institutions.

“The course Sociology of Education, taught by WSU Sociology PhD candidate Ardavan Davaran, was pivotal for comprehending the immense disparities that students of color and low socio-economic status face in their educational trajectory. Also, Dr. Julie Kmec’s research methods course gave me the foundation to produce sociological research in an effective manner. I am passionate about doing research that will help eliminate the achievement gap and create equal educational opportunities for all.”

Following graduation, Delgado hopes to pursue a PhD in sociology and secure a faculty position at a research institution.

Another undergraduate awardee, Ulises Herrera, received the Jeanne Jewett Scholarship in recognition of his pursuit of a career in public sector administration. In addition, Kathleen Bautista, Jocelyne Lo, and Amanda Thomson each received a Norm and Linda Baer Scholarship in honor of their scholastic achievements.

A total of 14 graduate students were also honored at this year’s banquet. Eight of them received Fred R. Yoder Graduate Fellowships, to assist with graduate student research projects they are undertaking. Among the recipients was Ashley Colby, who also received this year’s Susan and Sarah Dolan Memorial Scholarship. Colby, who earned her MA in sociology from WSU in 2013, is currently pursuing her PhD with a focus on understanding historical trends of food self-provisioning in the United States.

Feng Hao received the James F. Short, Jr. Research Award for a paper he submitted, “The Effect of Economic Affluence and Ecological Degradation on Chinese Environmental Concern: A Multilevel Analysis,” which has been accepted for publication in the Journal of Environmental Studies and Science. In addition to receiving a cash award, Hao will present his winning paper to the James F. Short Jr. Colloquium during the Fall semester.

One of the awards for which there was considerable competition is the Joseph R. DeMartini Educational Travel Grant, created several years ago to honor a former faculty member who excelled in teaching. Three students—Valerie Adrian, Jon Schreiner, and Rebekah Torcasso—received DeMartini travel grants to attend a professional meeting to participate in sessions for developing teaching skills. Other awards to graduate students are listed in the program below. 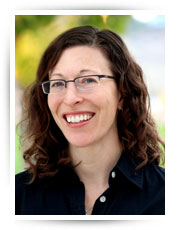 Only one award at this annual banquet goes to a faculty member. The Louis Gray Graduate Student Advocate Award, which was created in 1998, recognizes being a particularly effective mentor and advocate for sociology graduate students. This year’s award was presented to to Dr. Jennifer Sherman, a faculty member since 2006 at WSU–Tri Cities, in Richland, WA.

Sherman, who earned her PhD from University of California, Berkeley in 2006, studies the intersection of economic conditions and family outcomes, with a focus on rural poverty. She has proved to be an effective graduate student mentor in many ways. Despite being located away from the Pullman campus, where most graduate students are located, she has taught much-appreciated graduate courses and served on many doctoral and masters student committees. That effectiveness was achieved in part through mentoring graduate students in qualitative interview and observational methods, publishing papers with PhD candidates, and providing guidance to students in developing effective teaching methods.

The department extends a big thank you to the students, faculty, and staff who helped to make this year’s award banquet a success, and congratulates all of the awardees listed in the program. It also thanks the many scholarship and award donors for their significant investments in