We learned recently of the deaths of two especially influential WSU sociology emeritus faculty, Louis Gray and Bill Catton. We were also informed of the earlier passing of Larry Salinger who completed his PhD at WSU in 1992. Remembrances for each of them are included here.

A plaque near the entrance to the Sociology office at WSU Pullman engraved with the names of 17 faculty and staff members honors Louis Gray’s service to the department. This recognition, first created in 1998  by the Sociology Graduate Student Association, was intended to recognize a department member who had significantly advanced the interests of sociology graduate students at WSU. Louis was the first recipient of that recognition. 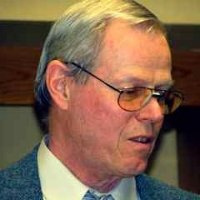 In 2001, the award was renamed to honor Louis’ continuing attention and advocacy for graduate student concerns. At the department’s spring banquet, it was renamed the “Louis N. Gray Student Advocate Award.”  Marcia Gossard (featured in this issue’s Alumni report) who made the announcement commented:

“Probably the thing that stands out most is that, regardless of the issue put before him by the graduate students, he always takes our concerns serious—no matter what the outcome, he has made the time to speak with us and really listen to our concerns.”

During his time at WSU (1966-2005) Louis chaired 29 Sociology PhD committees, more than any other faculty member. He also chaired a large number of MA committees and served for many years as the department’s director of graduate studies, thus mentoring many other students as they proceeded through their graduate studies.

Louis’ breadth was a source of fascination to many of his faculty colleagues. He seemed constantly to be in the basement of Wilson-Short Hall “running small groups” in experiments designed to test a social psychological theory. Yet, he was also one who could talk with people like me about survey design issues. I also recall having in-depth conversations about the sociological theoretical perspectives of historical figures, from Comte to Parsons, that we were required to learn as part of our graduate training. It was not surprising when reading his vita to see that he had collaborated with at least 10 other WSU sociology faculty and many more graduate students in writing more than 70 journal articles. The topics ranged from power relationships and the nature of certain statistical tests to the deterrence effects of punishment.

But, his interests in life went well beyond sociology. WSU’s legendary baseball coach, Bobo Brayton, showed up at Louis’ retirement celebration. That surprised none of us. Louis and fellow sociology faculty member Gary Lee had announced and kept official statistics for Cougar baseball games for many years. And, he was a talented musician who was a regular at WSU music events and also organized departmental jam sessions.

Louis Gray’s official obituary was published in the Tacoma News-Tribune on Dec. 21, 2014.

Bill Catton joined our faculty in 1973. He and Riley Dunlap, who arrived the previous year, began an energetic dialogue that resulted in the development of the sub-field of environmental sociology (see “The New Environmental Sociology” also in this issue of Sociology News.). 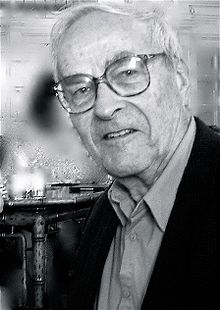 Bill is recognized worldwide for the lasting impact of the book he wrote as he and others created the environmental sociology program at WSU. Its ground-breaking influence resulted in others coming to see it as “his masterpiece” as described in the obituary linked below. A review of “Overshoot: The ecological basis of revolutionary change,” published nearly 30 years later, recognized it as a foundational book for environmental sociology. The authors note:

“…we now appear to be entering a new age of economic and environmental crises.… Given the re-emergence of crises similar to those which spurred Catton’s work, we argue that ‘Overshoot’ deserves renewed attention, since it holds many insights that can help us to address the environmental and economic problems of the twenty-first century.” (Schultz and York, Human Ecology Review vol. 18 (2) 2011)

Few books in any field of study have had the impact that “Overshoot” has had on generations of environmental sociology students.

Those of us who knew Bill as a faculty member remember him in other ways as well. I recall with fondness, as well as appreciation, his taking split infinitives out of my manuscripts while also giving me substantive ideas to contemplate. He could, and did, break up serious conversations with spontaneous but carefully timed puns. Upon hearing of his death, some of us were sharing memories of Bill, including his penchant for taking long hikes that included walking all the way around Mount Rainier. Emeritus Professor Jim Short, Jr., commented that although Bill was known for wilderness hiking, he was unable to run. He noted that the accident that made running impossible occurred when somehow he fell down an elevator shaft. Consistent with Bill’s style of humor he offered the observation, “One might say that he was ‘shafted.'” We remember Bill for what he brought to us as colleagues and to sociology in many pleasant and appreciative ways.

Huffington Post Green published a tribute to Bill, along with quotes from well-known environmentalists and other remembrances.

The Environment and Technology Section of the American Sociological Association newsletter wrote a small memorial to Bill and plans to dedicate a fuller portion of their next issue to him. 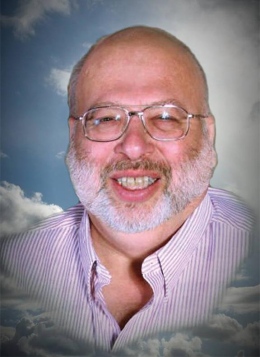 We learned recently of Larry Salinger’s untimely death in 2013, 21 years after completing his PhD at WSU. An associate professor at Arkansas State University in Jonesboro, he contributed to the Department of Criminology, Sociology, and Geography in many ways, including advising nearly 150 students. I remember with humor and appreciation our many exchanges during his years at WSU. More information on Larry Salinger’s life and academic accomplishments can be found here.