In this issue we catch up with three of the 375 individuals who have received Sociology PhD’s from WSU. They responded to our questions about what they are now doing and share their thoughts about their graduate school experience in Pullman. Their answers include activities related to being a Fulbright scholar, conducting research on the gender gap in science careers, directing an interdisciplinary economic sociology major, engaging in diverse international experiences, and more.

Wanda Costen (2001), Anne Lincoln (2004), and Sharon Bird (1998) provide insight into how each of their careers has evolved from their interests and training in gender issues faced in the workplace, a topic which continues as an important aspect of graduate education in sociology at WSU.

Also in this issue, Professor Emeritus Viktor Gecas, who now lives in Port Ludlow, WA, reflects on his four decades of significant contributions to sociology education at WSU and Purdue. His legacy at WSU includes supervising 14 PhD dissertations, and serving as chair of the Department of Rural Sociology for several years. 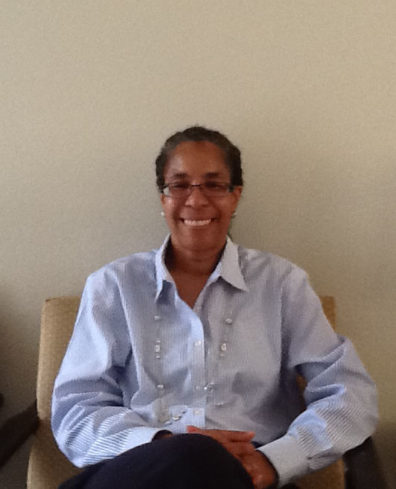 Dr. Wanda Costen has been a faculty member at the University of Tennessee since 2005. During the current year she is also a Fulbright Scholar in the University of West Indies-Mona School of Business and Management in Kingston, Jamaica. Her Fulbright study provides her the opportunity to refocus her research on gender inequality issues in the hospitality and tourism industry. Costen’s first academic position was in the world-renowned William F. Harrah College of Hotel Administration at the University of Nevada-Las Vegas, where she also adopted her son, Darren, who is now 16. In 2005, Wanda and Darren relocated to UTK, where they watch her beloved Lady Volunteers basketball team play!

Those who remember Wanda won’t be surprised to learn that she is an advocate for shared governance. She is the current past Chair of her college’s faculty senate, and now serves as a member of the UTK Faculty Senate. In addition to attending Darren’s sporting events & activities, Wanda coaches high school girls volleyball in a local league.

Wanda has fond memories of her years on the Palouse, most notably the wonderful hours spent at the Daily Grind, and the numerous hours spent having wonderfully deep, animated, thought-provoking sociological theory debates with her cohort.

After leaving the Palouse with her Ph.D. in 1998, she accepted a faculty position in Sociology at Iowa State University.  She reports:

“I followed a rather traditional faculty career path until about 2005 when I began collaborating with a multidisciplinary group of Iowa State University scholars to write a proposal for a NSF ‘ADVANCE Institutional Transformation’ award. These grants are multi-million dollar awards for developing large-scale organizational interventions for increasing the recruitment, retention, and promotion of women in academic science, technology, engineering, and mathematics (STEM) careers. Once the grant was funded, I became the Research Director for the project–overseeing the program’s data collection and analysis efforts and helping to develop initiatives for reducing barriers to faculty advancement in STEM. Much of my research now focuses on issues relating to the ISU ADVANCE project, but I have also continued to do research on the gender gap in small business success, inequality in paid labor, and more recently, on immigration, gender, and paid labor.

“Among the highlights of my career since leaving WSU are the many opportunities I have had to share my research and collaborate with scholars abroad. In the early 2000s, for example, I collaborated with a multidisciplinary group of scholars from Kharkiv National University in Ukraine. The project enabled ISU to assist KNU in establishing a gender studies center that now supports scholars from across Eastern Europe.  I have also collaborated with European scholars on projects focusing on reducing barriers to equal opportunities in work organizations.”

“Ames, IA and ISU have been very good for my career and have provided wonderful opportunities for making new friends and pursuing outdoor activities. As an avid runner, I have enjoyed running half marathons in the Midwest, where the flat landscape is a bonus for the longer distances. And as an average cyclist I have had the thrill of completing Iowa’s legendary bike ride from the western border to the eastern border of the state. Iowa, as the nation’s first state to hold caucuses for presidential elections, is also an electrifying place for a political junkie (such as myself) to be.”

“Among the many things that I miss about Washington state and the Palouse are the hills, mountains, hot springs, and hiking opportunities. Those who know me well also know that I miss Washington’s excellent microbreweries. As a graduate student at WSU, I made lifelong friends and learned lifelong lessons about navigating my career and about how to truly enjoy life in the process. I always look forward at the annual American Sociological Association meetings to seeing the WSU alums and the faculty who are still there!” 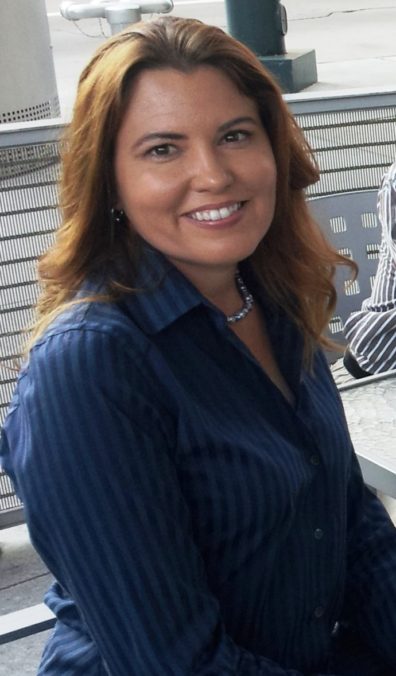 After six years in Pullman, Anne Lincoln accepted a two-year position as a postdoctoral fellow in the Department of Sociology at Rice University, then in 2006, was appointed to the faculty at Southern Methodist University, where she received tenure in the Department of Sociology in 2012. She has published extensively on the intersection of family, work, gender, and culture, and has been awarded more than $1 million in funding for her research on attraction and retention in science careers. Lincoln has been interviewed on CNN, her research has been reported in the Wall Street Journal and National Geographic, and she was director of SMU’s interdisciplinary economic sociology major, Markets and Culture.

Prof. Lincoln comments on her journey into sociology:

“I grew up in a town of 800 people among the tobacco and corn fields of rural eastern North Carolina near the coast. Naively believing the feminist fight had long been won, I only decided to pursue graduate studies after experiencing gender discrimination in a college job, where I learned I was being paid less than an equally qualified man who was hired the same day as I was. Yet even after enrolling at WSU, I had no plans to pursue a PhD and certainly no aspirations for an academic position. In fact, I wanted to leave the program after the first year. It was only through mentoring from Michael Patrick Allen (recently retired from WSU) that I realized how much I loved research and that I could excel at it.”

“In 2004, taking a postdoc position felt like uncharted territory because they didn’t seem to be particularly common in sociology at the time. However, a postdoc can be a wonderful opportunity to focus on one’s research agenda and establish intellectual independence from your advisor.”

Recently I was reflecting that I have been gone from WSU for nearly 10 years and I still am a little incredulous at all that has happened in that short time. I’ve traveled internationally for the first time! The Washington Post wrote about my master’s thesis! I fielded a national survey with a 72% response rate (thanks for your graduate Survey Methods class, Don Dillman)! While I was a graduate student, if someone had told me that in just a few years’ time I would be interviewed on Anderson Cooper and giving the keynote address at a symposium in Tokyo, I would have given a strange look and begun inching away quickly. I am thankful for Mike Allen’s guidance and the WSU Sociology Department for providing me this career springboard.” 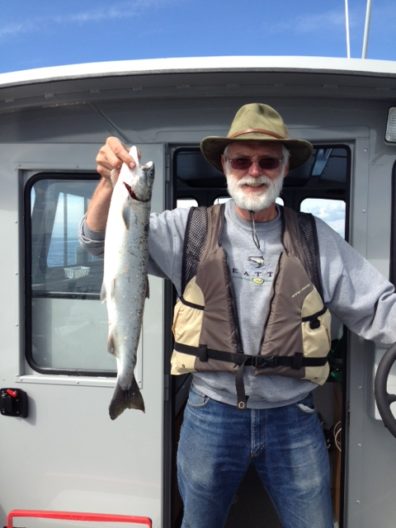 Viktor Gecas arrived at WSU in the fall of 1969, fresh out of graduate school at the University of Minnesota with a PhD in sociology:

“It was the best of times and the worst of times to start an academic career.  The job market for sociologists was very favorable in the late ’60s and early ’70s. University budgets were increasing and sociology departments were expanding with the increased interest in social issues generated by social unrest and cultural upheavals of the times. But these were politically turbulent times on many campuses, including WSU. Student demonstrations against the Vietnam War, campus disruptions over issues of social justice, and challenges to authority at every level were almost daily occurrences. Being a professor was challenging under these conditions, especially for a new professor.  Eventually things settled down on campus. The Vietnam War ended, political protests on campus essentially disappeared and students returned to more traditional pursuits. I focused my energies on being a professor and becoming established in the profession.

“WSU was a great place for me to start my academic career. The Sociology Department was growing rapidly, adding three, four, or more new faculty a year in the early 1970s.  The department had just received a major NSF grant to expand its research facilities and capabilities, developing a research outpost in Seattle. Senior faculty in the department were encouraging and supportive of junior faculty. My research and teaching were going well and I managed to get a few articles published that first year. I was off to a good start.

“Things got even better in my second year when I was invited to join the Department of Rural Sociology on a half time research appointment. The Department of Rural Sociology at the time was a small, mostly research unit consisting of five research faculty on joint appointments with Sociology. This joint appointment lowered my teaching load in Sociology and provided additional resources for research. It was a very advantageous situation and enhanced my research productivity and publications, which focused on various aspects of family relations. So, I liked my work situation, I liked my colleagues in Sociology and Rural Sociology, I liked my students, and I liked living in Pullman and the Palouse, where my wife Sally and I raised our five children.

“I spent 33 years at WSU and thought I would eventually retire there. But it wasn’t to be. Circumstances changed, the University’s budget continued to shrink, and other employment opportunities became more attractive. In 2003 I accepted a position at Purdue University to Head the Department of Sociology and Anthropology. It was an exciting new challenge and I am pleased with some of the things I was able to accomplish there. I retired from Purdue in 2011.

After retiring, Sally and I moved back to the Northwest, to be closer to our kids and grandkids, and to be near mountains and ocean. We now live in Port Ludlow on the Olympic Peninsula, overlooking Puget Sound and seeing the Cascades in the distance. Life is good here, and so is retirement.”