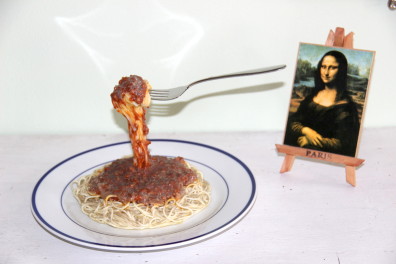 Late WSU sociology professor Gene Rosa was best-known for his influential academic contributions to environmental sociology and risk studies. But Rosa’s written words and equation modeling only captured one side of his life’s work. 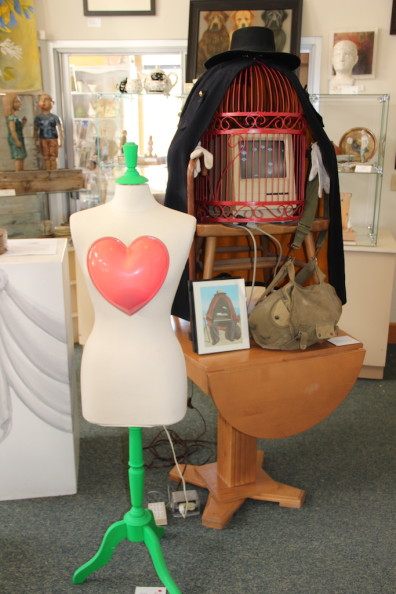 The other side was Rosa’s artwork that he called “ecolage.” His artistic method utilized discarded and found objects into art that spoke to social and environmental issues. The Bank Left Gallery in Palouse, Wash., owns Rosa’s creations and displayed the work in an October showcase titled “Installations, Love, and Environment.”

“He wasn’t fearful. A lot of us artists are fearful about what’s going to sell…. For him, he created art that he loved and came from the heart, period,” said gallery owner Nelson Duran. “He created things that would make you talk; things that would move you, that would bother you, but he still did it.”

Rosa, a renowned supporter of arts on the Palouse, frequented Duran’s gallery and its adjoining bistro.

“We just loved having him here. We felt so comfortable with him around,” Duran said. “He was just a lovely man.”

Rosa was particularly fond of the historic building that housed the gallery. He told Duran and his wife, Pamela, that one day he wanted to display his art in an installation on the gallery’s second floor.

“We never did anything about it, now I’m sorry about that too,” Duran said.

But after his death in 2013, Rosa’s estate donated a portion of his signature “ecolage” to the gallery. Proceeds from the sale of Rosa’s art will go towards the repair and upkeep of the historic building Rosa adored.

“Gene Rosa cared about this gallery and he cared about the restaurant. So, I think he would be very happy to see the proceeds of the art going to the gallery,” Duran said.

A sociologist and artist 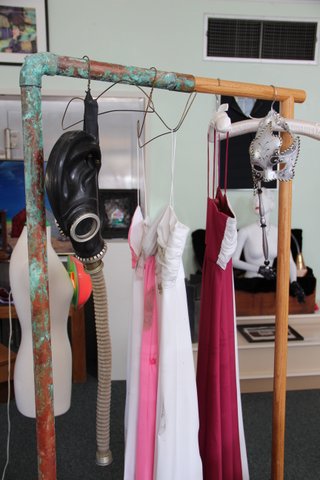 Rosa’s artwork utilizes found objects and curiosities in inventive ways that reflect social issues. For example, one piece (pictured right) depicts environmental risks by showing a closet. One half of the closet includes a evening dress and fancy mask, while the other displays a stained dress and a gas mask.

“It really looked like pieces of junk, until you start putting it together,” Duran said. “Then, finally when we put it together, we started to make sense of it. It came alive.”

Thomas Dietz, Rosa’s longtime academic collaborator and friend, said that Rosa started out by collecting small oddities from throughout the world. But as Rosa’s income grew, he became a collector of more “high art,” and eventually began to create art himself.

“He always had a theme in his work of bringing in the sociology. What are the politics involved?… How can I make a statement about the environment?” said Dietz, professor of sociology and environmental science and policy at Michigan State University.

“Gene’s art was something that… he took seriously in one sense, but there was also a playfulness about it. He tried to reflect important political themes, but always with a sense of humor.”

Rosa’s academic work centered on heavy theoretical work through the philosophy of science, as well as quantitative work that modeled environmental impacts. But his artwork allowed for more creativity on the same topics outside the bounds of academic disciplines.

“I always thought of his artwork as the other side. It’s expressing some of the same ideas and thoughts, and some of his same ethical concerns, but in a way that he could express his sense of humor and playfulness and open creativity,” Dietz said.

Readers of Rosa’s academic work will also be exposed to a small sample of his artwork for years to come. His last three published books each includes pieces of his artwork on the cover. One of those pieces, featured on the cover of Human Footprints on the Global Environment, is now in Dietz’s home office.

Dietz, who coauthored the book with Rosa, hopes to show off the art to colleagues and students.

“Following Gene’s tradition—Gene was a great giver of receptions and parties—[I want] the graduate students to come over and see it,” Dietz said. “They’ve all seen it as a book cover, but now they can see it firsthand.”

As for the rest of Rosa’s collection, Duran plans to keep the unsold art pieces after the gallery showcase to remind him of a great artist and friend.

“We love Gene Rosa. We cared about him as an artist, as an individual,” Duran said. “I miss him still.”