Nicholas L. Parsons (MA 2003, PhD 2009), now an associate professor of sociology at Eastern Connecticut State University, has authored the book, Meth Mania: A History of Methamphetamine (Lynne Rienner Publishers, 2014). In it, he seeks to answer the question of why public concern about the use of methamphetamine bears little connection to objective assessments of actual use.

Parsons poses the question of why, in 2005, both media and political attention to methamphetamine were at an all-time high and its use was portrayed as an unprecedented drug epidemic despite the fact that its actual use had been in decline for several years. At that time, cocaine consumption was much more prevalent. For example, while 30 percent of drug-related hospital emergency room visits in 2005 were cocaine related, only 6.8 percent involved methamphetamine. He then seeks to provide an explanation for the reasons meth was considered an “epidemic” while cocaine was seen as less of a problem.

Methamphetamine is a stimulant that has been known by many names—Desoxyn, Methedrine, crystal meth, crank, ice, glass, yaba, tina, and speed—to mention a few. In the 1930s and ’40s amphetamines, including methamphetamine, were welcomed as legal replacements to cocaine (which was prohibited in 1914), and were even hailed as wonder drugs. Methamphetamine became available in pharmacies and stores as one of many types of amphetamines used by asthmatics and persons in need of a pick-me-up.

The situation changed significantly in the 1950s and ’60s when concern developed over the consequences of heavy doses of Methedrine (or “speed” as it was then known) that could be taken by injection. Parsons describes this as the first of three meth scares. The result of this initial alarm was the federal government’s Comprehensive Drug Abuse Prevention and Control Act of 1970 that created various categories of drugs. It resulted in all amphetamines becoming a Schedule II drug available by prescription only.

However, in 1989, “ice,” a smokable form of methamphetamine, emerged as the second meth scare. Previous laws limited access to pharmaceutically produced versions, which had the unintended consequence of encouraging the creation of clandestine laboratories for producing and distributing methamphetamines. Driving the production underground opened up a new array of meth-related harms from impurities, meth labs, dosage irregularities, and a version of the drug that was more potent, as well as opportunities for organized crime. The government response was the Crime Control Act of 1990, and subsequent legal crackdowns on production that made concerns about ice short-lived. 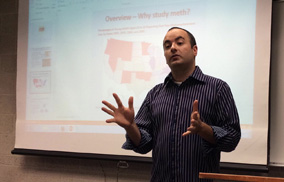 The emergence of the third scare, during which the drug was commonly referred to as “crystal meth,” focused attention once more on methamphetamine that could be easily produced with household chemicals and over-the-counter cold medications. News media gave much attention to meth labs, and claimed that use of the drug was diffusing across rural and eventually urban America. The consequences of crystal meth being produced in someone’s home, producing locally observable physical harm to people, made this third and largest meth scare the subject of much media and political frenzy.

Parsons explains the societal attention focused periodically on methamphetamine by invoking a social constructionist approach to the study of social problems. This sociological approach seeks to understand why some issues (such as methamphetamine use) are brought to the forefront of public attention, while other issues (child abuse and white collar crime, for example) are ignored. However, the level of public concern about any social issue will vary over time, and may at times not be consistent with the actual extent of the threat.

Through this framework Parsons unearths a cycle whereby methamphetamine concerns are magnified by journalists and political leaders, laws are passed that serve to symbolically “solve” the problem, but those laws eventually lead to more harm than good through changes they effect in the black market. Periodically, the issue is once again picked up by the media and polity, leading to new round of enforcement actions, which also create a new round of unanticipated consequences.

Indeed, Parsons argues that the relatively recent emergence of “bath salts” (a.k.a. synthetic cathinones) can be seen as a consequence of hysteria-fueled methamphetamine policies enacted during the height of the third meth scare. When laws prevent people from obtaining one stimulant, new replacement stimulants emerge to satisfy user demand.

When asked to comment about the book’s implications for dealing with future drug problems, Parsons observed: “If society concentrates most of its anti-drug resources on attacking the supply of drugs, yet ignores the demand a sizable proportion of its population has for mind alternation, the black market will evolve accordingly. New, worse harms usually follow. And so the next time a drug problem starts to make news headlines, instead of jumping on the stereotypical bandwagon of persons calling for longer prison sentences, more swat teams, etc., we might take a step back and ask what historical policy decisions have gotten us to this point?

“Methamphetamine, especially the form available in today’s black market is harmful. But drug policies enacted in a culture of fear have facilitated many of these harms. I hope the book will contribute positively to public discourse about drugs and drug problems in the U.S.”

Parsons has studied the history of meth use for more than a decade. His interest in the “meth epidemic” began when he moved to Washington state in the early 2000s and found himself wondering why there was considerable local media attention being given to meth production and use but, by comparison, almost none in the eastern states where he had previous lived.  He credits Clay Mosher, professor of Sociology and a long-time faculty member at WSU Vancouver, with influencing the development his thinking and writing on this topic.